The German Girl Shrine is a shrine on the island of Pulau Ubin in Singapore. It marks the site of the burial of an unknown 18-year-old girl who died on the island in 1914 after falling from a cliff while fleeing from British forces who sought to detain a number of German nationals then resident on the island. Her body was recovered and interred in an urn on the site by Chinese workers, and a makeshift shrine structure was built. The site was visited frequently by gamblers who thought the spirit of the girl would bring them good luck. A permanent structure was erected in 1974 by a company carrying out quarrying on the island. Quarrying has since ceased, and the shrine is now within Ketam Mountain Bike Park. Visitors often leave offerings, including makeup and Barbie dolls, at the site. 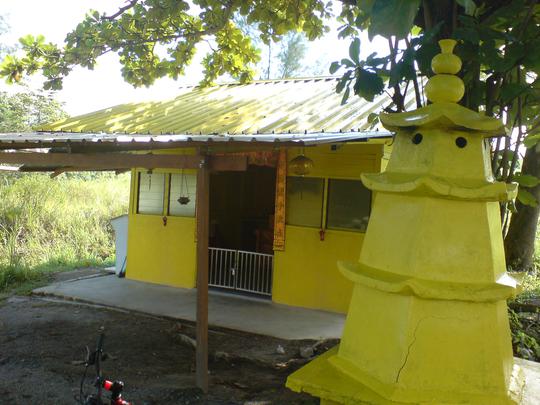