Jakob Maria Mierscheid MdB has been a fictitious politician in the German Bundestag since 11 December 1979. He was the alleged deputy chairman of the Mittelstandsausschuss (Committee for Small and Medium-Sized Businesses) of the Bundestag in 1981 and 1982. According to his official biography, he was born in Morbach/Hunsrück, a very rural constituency in Rhineland-Palatinate. He is Catholic and a member of the Social Democratic Party of Germany. Jakob Mierscheid was “born” on 11 December 1979 on the back of a menu in the restaurant of the Bundestag, when two members of parliament from the SPD, Peter Würtz and Karl Haehser, decided that their recently deceased colleague Carlo Schmid needed a worthy successor. He is now a widely known curiosity within the Bundestag and uses Twitter as means of communication.In 1983 the party magazine Vorwärts published an article purportedly written by Mierscheid claiming the discovery of a “law”, the Mierscheid Law, that indicated a strong correlation between the election results of the SPD in national elections and West German steel production. The Bundestag official web site carries an ostensibly serious ‘biography’ and a photograph purporting to depict Mierscheid. In previous versions of the photograph his fashion sense seemed very antiquated and his eyeglasses were added later. The current (2010) image shows a balding man sitting in a chair, facing away from the camera, in the middle of the empty Hall of Representatives. The German language version of the site lists 615 current names although the actual membership of the Bundestag is only 614, while the English and French language versions only list the actual membership of the Bundestag. Mierscheid has his own stationery and e-mail address and issues press releases now and then. The picture of Mierscheid at the Bundestag is based on the RTL Samstag Nacht character Karl Ranseier.The hoax is paralleled in Germany in a number of other areas, for example Friedrich Gottlob Nagelmann is a known (fictional) lawyer and Edmund Friedemann Dräcker is a known (fictional) diplomat. Mierscheid, Nagelmann, and Dräcker each have a long list of publications which have sometimes really been published in otherwise reputable media (science journals, parliament press). 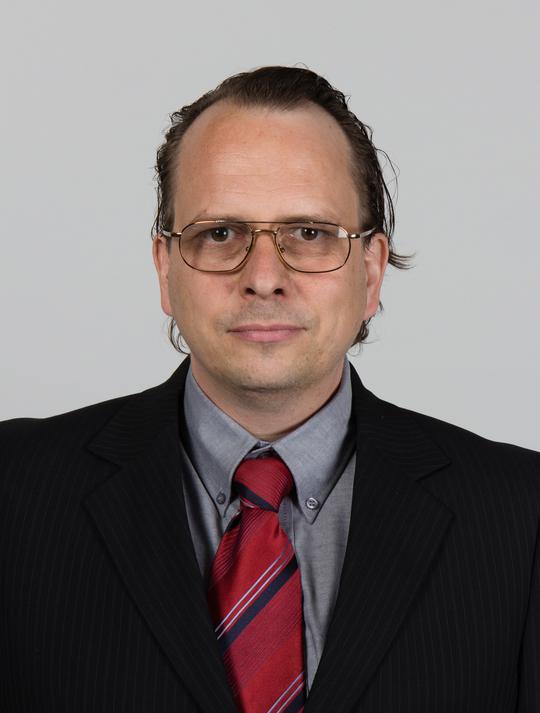